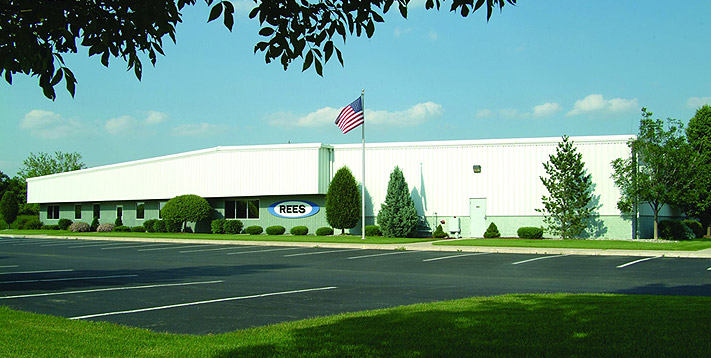 What does Rees dos?

Our products include rope and cable pull switches, emergency stop buttons (including a selection of lockable styles), single and double palmbutton and pushbutton operators and various accessory items.

We are dedicated to servicing our customers by providing top quality switches backed by exceptional customer service. Due to our excellent manufacturing and planning systems, the majority of our products are available for immediate shipment.

Mackworth Rees worked in an automotive plant during the 1920s and management was not satisfied with the quality of push buttons that were being used on the equipment. So he put together a prototype of a push button, which he built in his garage, and took it to the executives at the automotive plant. That push button led to the beginning of Rees, Inc (Formerly known as Mackworth G Rees Company), which he started up in 1929.

Not long after its doors opened, Mackworth G Rees Co. become the primary push button supplier in the Detroit area and remained so for many years to follow. Avis Industrial purchased the company in the 60’s and moved the plant from Detroit to Madison Heights, Michigan. Eventually, they merged with an enclosure company to form Keystone-Rees. In 1971, Rees, Inc. was formed as a subsidiary of Keystone-Rees. In 1975, Keystone-Rees was purchased by a young entrepreneur and was moved to Fremont, Indiana shortly after.

In 1994 Keystone was sold and Rees, Inc. became a stand-alone company. In 1995 Rees moved across town to a new facility and has been there ever since. Rees remains a privately owned company that emphasizes quality and pursues excellence through empowerment of our employees. We take great pride in providing a quality product, excellent customer service, and short lead-times.